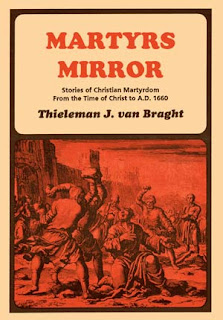 Martyrs Mirror
The Story of Seventeen Centuries of Christian Martyrdom, From the Time of Christ to A.D. 1660


Page 134:  FOUR GOD-FEARING WOMEN, NAMELY, TWO CALLED AMMONARIA, AND MERCURIA AND DIONYSIA, BEHEADED AT ALEXANDRIA, FOR THE CONFESSION OF JESUS CHRIST, ABOUT THE YEAR 253

At this time, God also wonderfully manifested His power in certain women, among whom four are mentioned by name, two called Ammonaria, and Mercuria and Dionysia.  The last named two were aged women, one of them being the mother of many children, all of whom she nevertheless had forsaken, for Christ's sake. The other two, as it appears, were unmarried persons or young maidens, who loved their heavenly bridegroom, Jesus Christ, too much, to look for an earthly one.  Of all these it is stated that they remained so steadfast in the confession of Jesus Christ, that the Judge felt ashamed on this account, and, in order to put an end to the matter hand them beheaded.
Posted by Tim Shey at 12:00 PM No comments: 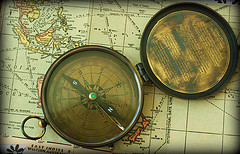 Holding Course
Posted by Tim Shey at 10:19 AM No comments:

God Will Draw the Wicked into Cities Marked for Destruction

God Will Draw the Wicked into Cities Marked for Destruction

A Lesson from the Sons of Sceva 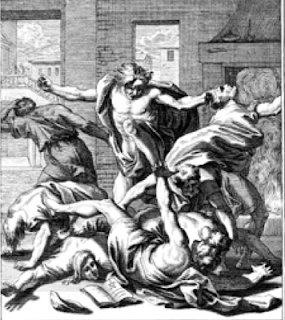 A Lesson from the Sons of Sceva
Posted by Tim Shey at 7:57 AM No comments: