I realize full well you can never have enough toilet paper and burning down an entire CVS Pharmacy is justifiable as long as you can get your hands on some, but the people setting Baltimore ablaze and looting like there’s no tomorrow aren’t starving, running out of water, or fighting over the last remaining vestiges of sustenance. They are doing this to get their hands on toilet paper!

Imagine if you will, a day wherein the gears of the great machine that is commerce grind to a halt. A day wherein the trucks stop delivering their foodstuffs, the trains no longer barrel down the tracks, and the shelves in every store are bare to the bone. Imagine that, and then imagine what some people would be willing to do in order to survive.

As a society we love beating our breast and trumpeting to one and all how civilized we are. We love to look down our noses on the rest of the world and insist upon how we are human beings of the highest caliber, how we would not resort to anything as unseemly as violence if indeed we were to go hungry, but all our bloviating is proven the fallacy it is by the very real fact that people are burning down their own city, and other than the primal joy of destroying something someone else worked hard and long to build, all they’re getting out of it is toilet paper.

One of the biggest lies perpetrated upon the world of men is that for the most part and by an overwhelming majority man is generally good and noble and kind.

What we are seeing, and what we will continue to see on a larger and larger scale is the byproduct of the decades old war on God, and the rabid like fervor some have shown in attempting to remove very last vestige of Him from this once God centered nation.

Make no mistake. This is the reality we’ve created, and we’re just seeing the tip of the iceberg we’re about to crash into.

Godlessness begets contempt for human life. Tragically, it is not a static contempt but one that metastasizes and grows to the point that recently some a group of Oxford medical ethicists argued that newborn babies are morally irrelevant, and as such you should be able to kill them even after they are born. You think your newborn’s nose is too crooked? Just throw it out with the trash, and set about making another one. The medical ethicists are completely fine with that.

If this is progress, you can keep it. Thanks but no thanks.

Thinking ourselves wise we have become the fools that fools point to as a cautionary tale. Thinking ourselves wise we have discarded God as though He were nothing more than detritus and fashioned the world in our own image rather than His, only to discover that the world we’ve fashioned is one of savagery and slaughter, of brutality and mercilessness.

You can’t blame this on God anymore. You’ve taken your fate in your hands. You insisted, and even demanded that God remove Himself from the equation. Now all that’s left to do is to reap the whirlwind.

I don’t know, maybe preachers should start preaching on the consequence of action again, just so the drooling sheep still waiting on their mansions and private jets finally understand why the world is coming apart all around them.


With love in Christ,
Michael Boldea Jr.
Posted by Tim Shey at 12:10 PM No comments: 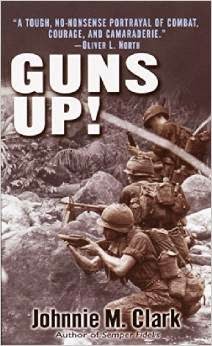 A few days ago, a friend of mine gave me a book to read.  She told me that the Lord wanted me to read this book.  The title is GUNS UP! by Johnnie M. Clark.  I finished reading it yesterday; it is very good.

GUNS UP! is about an eighteen-year-old Marine (Johnnie Clark) and his experience of fighting in the jungles of Vietnam in 1968.  Johnnie Clark received the Silver Star, three Purple Hearts, the Vietnamese Cross of Gallantry with Palm, the Civil Action Combat Medal and the Marine Combat Ribbon.  Here is an excerpt from pages 245-246:

A single Phantom swept over the tree line.  At least three AKs opened up on the low-flying jet.

"How could anybody live through that?" I asked.

Another Phantom streaked across the tree line, strafing it with .20 millimeter cannons.  Then a third Phantom swept low over the trees, releasing two more napalm bombs.  The hungry flames rolled over the area, eating everything they touched.  We ducked down from the blast of the heat.  Still, it made me gasp for air.  Once the wave had passed, I peeked over our tree.  Another burning man ran from the scorching tree line.  I pulled the M60 butt to my shoulder and walked a quick stream of tracers into him.  He dropped to the ground in a smoldering heap.

The Phantoms made strafing passes all around our scattered perimeter, then disappeared high into the blue sky.  The right flank lit up with heavy small-arms fire, popping and cracking like a string of firecrackers.  Suddenly it stopped.  All was quiet now except for the crackling flames to our front.

"Choppers!  We got choppers comin' in.!  Give em' cover!" someone shouted from the center of the perimeter.

Red smoke swirled like crimson fog from the CP.  Two Huey gunships banked sharply around the perimeter.  I fired a short stream of tracers at the smoking tree line.  The Hueys circled twice, firing M60s.  A green and black CH-46 helicopter drifted down to the center of the perimeter.  A large nylon net bulging with boxes of ammo and C-rations swung heavily suspended by a long, taut cable under the double-rotored chopper.  Cracking AKs opened up from the surrounding bush.  The CH-46 hovered over the red smoke, preparing to drop the sorely needed supplies.  The chopper swung in an erratic circle.  I could see the pilot bend over and the copilot leaning over him frantically struggling to right the craft.

An enemy machine gun opened up on our right flank.  Green tracers flying high across the perimeter zeroed in on the spinning helicopter.  At the same time another volley of AK fire opened up from the left flank.

We ran toward the voice.  I could see Swift Eagle. flat on his stomach, pointing at the flash of an enemy gun one hundred meters straight ahead.  The engine of the crippled chopper began palpitating.  I dove to the right of Swift Eagle; an instant later Chan belly-flopped to my right and began feeding the gun.  I opened up on the enemy gun flash.  Orange tracers glanced off a bump in the terrain.  I stood up, firing the M60 from the shoulder like a rifle.  "Get down!" someone shouted from the left.  My orange tracers spiraled in on the enemy flash.  The flash stopped as a pith helmet flew into the air, then floated to the ground like a Frisbee.  I hit the ground.  Sand and rocks kicked up around me from incoming AK fire.

Hitchhiking in the State of Washington 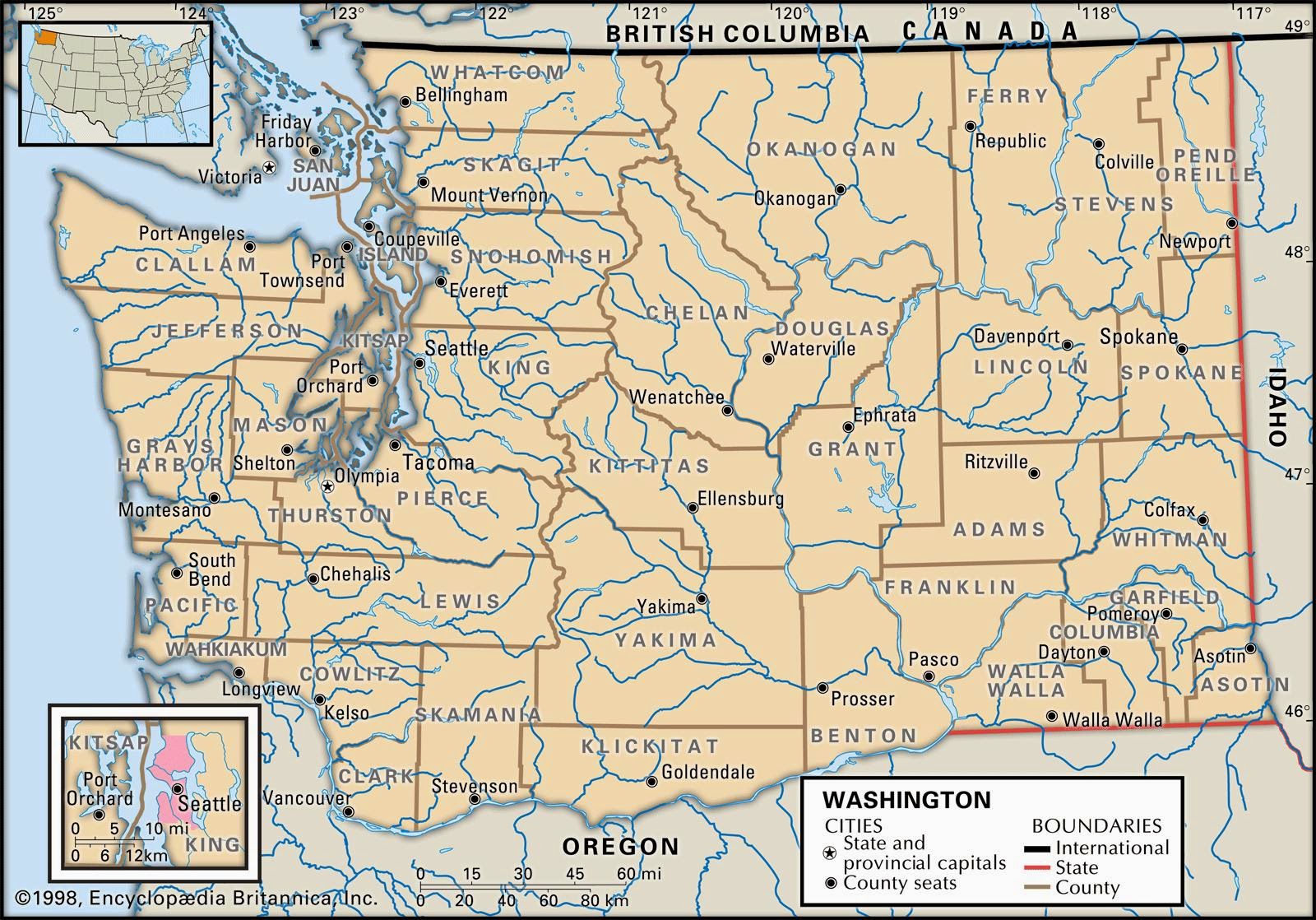 Last month I was hitchhiking east on U.S. 12 near Dayton, Washington.  This guy pulled over in his pickup and gave me a ride all the way to Kooskia, Idaho.  His name was Larry and he was a Christian.  We had very good fellowship.

We were driving close to Clarkston, Washington when he asked me if I needed anything.  I told him that I could use a new pair of pants.  So we went to this store and Larry bought me a pair of paints and some other clothes.  He then took me out to eat and drove me all the way to Kooskia (which was way out of his way).  He gave me a hundred-dollar bill and I was able to get a motel room for the next two nights.  I was very grateful.

After I stayed in Kooskia, I hitchhiked into Montana.

Here is an email from Larry that I received earlier today:

"I called Gene after I saw you.  He didn't know of anyone wanting work, but we had a nice visit.  He told me I should buy your books which I was planning on it anyway.  I've read the paper back [High Plains Drifter] and my son is reading it.  I am going to read the other one soon too.  I picked up a hitch hiker today by Umatilla and took him to Biggs near The Dalles [Oregon].  I gave him $50.00.  He was pretty teary and appreciative.  When I got saved it was a week after I turned 21.  I'm 64 now.  I use to do quite a bit of soul winning back then.  I feel like I dropped the ball today and was supposed to at least explain the plan of salvation to the hiker today.  I asked God to bring some one across his path that doesn't drop the ball.  I really think after spending time with you I have a lot more compassion and maybe I am supposed to stop and smell the coffee instead of going a hundred miles per hour with my business.  I can't put my finger on it, but I think something is up.  I hope to see you again some time. Your friend in Christ.  Larry."