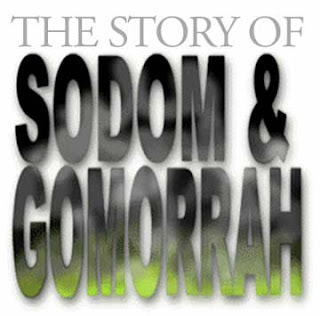 “Winner Take All” by J.R. Moehringer
The Pulitzer-Prize winning journalist rolls the dice on life in Sin City

Here are some quotes from Moehringer’s article:

“And it’s not just about books. Vegas discourages everything prized by book people, like silence and reason and linear thinking. Vegas is about noise, impulse, chaos. You like books? Go back to Boston.”

“Just after I moved in, Caligula, rang my bell. He invited me over for an afternoon ‘cookout.’ I didn’t yet know he was Caligula. Wanting to be neighborly, I went.

“I met several statuesque young women in his backyard, in his kitchen. I thought it strange that they were so out-going. I thought it odd that they were named after cities—Paris, Dallas, Rio. But I didn’t dwell on it. Then I wandered into a room where the floor was covered with mattresses. An ultraviolet light made everyone look super tanned or vaguely satanic. Suddenly I got it. I told Caligula that I just remembered somewhere I needed to be. I shook my head at his offer of a grilled hot dog, thanked him for a lovely time and sprinted home to my books and earplugs.

“As a kid I was a gypsy, as a young man I was a journalist, so I’ve lived everywhere. I’ve unpacked my bags in New York, New Haven, Boston, Atlanta, Denver, Los Angeles, Phoenix, Seattle, Tucson. Each of my adopted cities has reminded me of some previous city—except Vegas, because Vegas isn’t a real city. It’s a Sodom and Gomorrah theme park surrounded by hideous exurban sprawl and wasteland so barren it makes the moon look like an English rose garden.’

“More than 36 million people go through Vegas each year.”

“Though people enjoy coming to Vegas, what they really love is leaving. Every other passenger wanting to board a flight out of Vegas wears that same tell-tale look of fatigue, remorse, heatstroke and get-me-out-of-here-ness. I spent two months reading Dante in college, but I didn’t really understand Purgatory until I spent five minutes at McCarron International Airport.”

“Years from now my clearest memories of Sin City might be the ceaseless stream of commercials for payday loans, personal injury lawyers, bail bondsmen, chat lines and strip clubs. . . From TV, I concluded that a third of Vegas is in debt, a third in jail and a third in the market for anonymous hookups.”

“I have a front-row seat at the apocalypse.”

Las Vegas: An American Paradox
Las Vegas Earthquake
This is Sodom! This is Sodom!
Posted by Tim Shey at 2:14 PM