A Most Inoffensive God 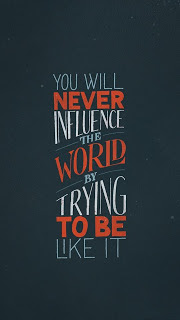 The god of many today is a most inoffensive god, a god who is permissive of any and all things, a god that eerily resembles the self, because there is no more permissive a god than the god of self.

The modern day church jumped the rails when it stopped preaching repentance, and it has been hurtling towards a shattering impact ever since. Because we now preach self rather than Christ, because we now preach personal growth rather than spiritual growth, because our focus is squarely set upon the things of this earth, we are as toothless lions, something for strangers to look at and try to imagine in their prime. We pose no real threat to the enemy, we pose no real danger to the darkness, but we’re fun to look at and make light of once in a while.

Righteousness has ceased being our banner, obedience has stopped being our goal, and as such we have become the devil’s footstool and a punchline for perverts and pederasts. The lunacy of our self-destructiveness will be a tale told for as long as the world turns, because no generation has wasted more potential, and been altogether more ineffective as pertains to the kingdom of God than this present generation.

Instead of charging the gates of hell, we’re peaking over the wall hoping to see something memorable, enamored with the idea that someone from the other side may throw us a glance.

We’re climbing all over ourselves to call any has been musician or never was actor an honorary Christian simply for speaking the name Jesus in passing, as though their mention of Him validates Him in any way.

What wonderful news: the lead singer of the Idiot Savants said Jesus was a cool cat! Now I can die happy.

We’ve bought into the cultural relevance lie, and though it has proven itself ineffectual time and again we’re still trying to find people to validate the King of Kings, thereby hoping that some will be drawn to Him and begin to worship Him.

It’s not the power and the gifts of the Holy Spirit the church needs, it’s someone with enough star power, someone truly famous to give Jesus the thumbs up. Once that happens, boy, look out, you’ll have them stampeding the altars, and fighting over who gets dunked first in the baptismal.

If it were not so tragic it would be comical to an extent.

We have betrayed our principles, abandoned our dignity, and sold out our Savior all for the hope that some ignoramus on some reality show will give Jesus the nod, even though he doesn’t subscribe to all that morality stuff, but just thinks it would have been cool to have a beer with Him.

The ‘sin no more part’ has been conveniently left out of ‘go and sin no more’ because it might offend the sensibilities of some hedonist or another, and we don’t want to exclude anyone from our big tent approach to God.

All that stuff about the way being narrow and those who find it being few must have been a mistranslation, and so we’re filling heaven to the rafters with men and women whose garments are soiled and muddied, waiting for the wedding feast, not bothering to acknowledge the reality that once the King arrives and finds them without the proper wedding attire they will be bound and cast into the darkness where there is but weeping and gnashing of teeth.

With love in Christ,
Michael Boldea Jr.
Posted by Tim Shey at 8:57 AM