When One Door Closes, Another Door Opens

John 8: 42-47: "Jesus said unto them, If God were your Father, ye would love me: for I proceeded forth and came from God; neither came I of myself, but he sent me. Why do ye not understand my speech? even because ye cannot hear my word. Ye are of your father the devil, and the lusts of your father ye will do. He was a murderer from the beginning, and abode not in the truth, because there is no truth in him. When he speaketh a lie, he speaketh of his own: for he is a liar, and the father of it. And because I tell you the truth, ye believe me not. Which of you convinceth me of sin? And if I say the truth, why do ye not believe me? He that is of God heareth God’s words: ye therefore hear them not, because ye are not of God."

John 8: 47: "He that is of God heareth God’s words: ye therefore hear them not, because ye are not of God."

Look at the simplicity of this Scripture: ". . . ye therefore hear them not, because ye are not of God."

If someone understands Greek, then it makes sense that if someone speaks Greek to him, he will know what he is saying. If someone is of the devil, not only is he a good liar, but his life is a lie. And those of the devil will readily believe his lies because he is speaking their language. Demons of a feather flock together.

If someone's life is a lie, it means that he has no interest in the things of God. He may have a form of Godliness--he may go to church three times a week, memorize Scriptures, donate money to proper charities--but he denies the power of God by his actions, by his life. The life IS the sermon. Truth and life come from God, not the devil. "We worship Him in Spirit and in truth." The devil is spiritual death and lies; those who follow the devil are spiritually dead and liars.

When we speak with someone who is hungry for God or who is truly surrendered to Christ, it is not a great labor to speak with him. The conversation flows effortlessly--it is like pouring water into thirsty ground. It is all very edifying and there is a great sense of well-being.

Once I was hitchhiking in Texas and this guy picked me up. We had great fellowship. He stopped to see this guy about something. He talked to him for five minutes and then we hit the road. He told me that talking to that guy about the Gospel was like pouring water on concrete--it didn't soak in, it ran right off. The guy had a heart of stone.

The first week in November of this year, I hitchhiked to Bozeman, Montana. I knew a family in Bozeman and I helped them move from their apartment to their new house on the east side. It took a couple of days to move all of their things.

As I was leaving their house, I said to the wife, "See you later."

She replied, "A lot later!" (Her husband was outside and did not hear her say that)

She almost sounded ungrateful. I am guessing that "a lot later" could mean six months or it could mean twenty years.

As I hitchhiked south out of Bozeman, I was picked up by a Christian. We had very good fellowship. It was very redeeming. He was very much alive in Christ; he was not into churchianity.

When one door closes (or slams shut), another door opens.

"They had a form of Godliness, but denied the power thereof. From such turn away."
Posted by Tim Shey at 6:26 PM 6 comments:

Email ThisBlogThis!Share to TwitterShare to FacebookShare to Pinterest
Labels: John 8: 42-47, Montana, When one door closes another door opens 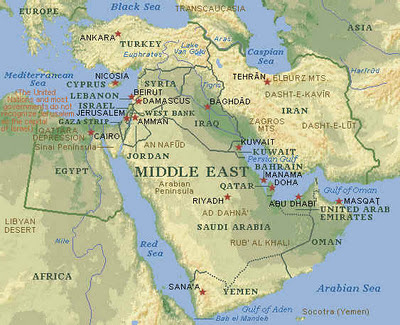 In 1948 the Lord re-established the nation of Israel. The fact that President Truman was the first head of state to recognize the state of Israel was the main reason, I believe, President Truman was re-elected in 1948. Arguably, Israel is the most important nation on the planet because Israel gave us the Law, the Prophets, the New Testament and the Messiah: the Lord Jesus Christ.

In the first decade of the 21st Century, the Lord raised up President George W. Bush to take out Saddam Hussein (a Satanic stronghold) in Iraq. The Lord has done--and will continue to do--a powerful work in Iraq. Iraq is the cornerstone of the Middle East.

The Iraq War was NOT about oil, but about freedom: freedom from Islamo-Fascist Slavery. In God's economy, oil is secondary, freedom comes first. "Where the Spirit of the Lord is, there is liberty." But in the world's economy, oil IS important. As long as we continue to drill for oil and gas and mine coal, we are showing the Lord that we are subduing the earth ( Hebrew kabbash [subdue]--Genesis 1: 28). We could call this The Oil-Gas-Coal Kabbash. But this is a different issue and I don't want to get on some other tangent here.

Now we come to Egypt. The Lord began the Arab Spring to get rid of Hosni Mubarak and prepare the way for democratic elections and government in Egypt. Egypt--like Iraq--at one time was one of the cradles of civilization after the Lord destroyed/judged the earth in Noah's generation. Egypt is a great cornerstone in North Africa and maybe to the rest of Africa. As Egypt goes, so goes Africa(?).

Someone may ask, Isn't Israel the cornerstone of the Middle East? No. Israel is the cornerstone for the Lord's plan for the whole world. Israel is not a regional player, but a world player. Israel is an integral partner in the Israeli-British-American Military-Industrial Complex that the Lord is using to vanquish Islamo-Fascist Slavery in the world. Spiritual Judaeo-Christianity is growing stronger; Islamo-Fascist Slavery will ultimately wither on the vine.

In faith, I believe that, in the future, Israel, Iraq and Egypt will be a powerful trinity or alliance against radical Islam in the Middle East and North Africa. The Alpha and the Omega [Aleph/Tav] is embedded in Israel-Iraq-Egypt Bereshith (the Hebrew word bereshith means "in the beginning" or "beginnings").

"With the jawbone of an ass I have slain a thousand men."

Israel My Glory
A Dream About Egypt
Bereshith
Islam is Slavery
The Nakedness of Noah
John Kilpatrick hears the Lord on Truman and Trump
Posted by Tim Shey at 10:09 AM 6 comments: 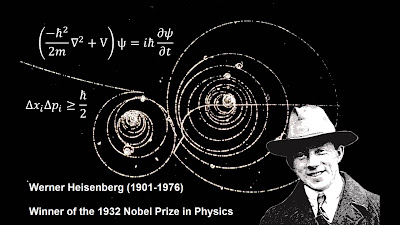 About a week ago I was walking south of Four Corners, Montana (near Bozeman) and this guy named Bret picked me up. He was a Christian and we had some very good fellowship all the way to West Yellowstone. We stopped in West Yellowstone and he had me listen to this CD by Michelle Krubeck. It is an incredible testimony of the Lord's protection. 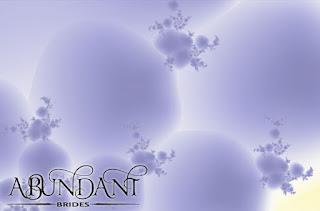 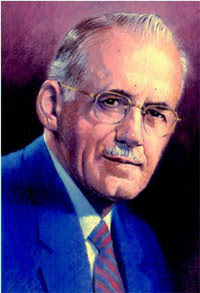 “The fact is that, we are not producing saints. We are making converts to an effete type of Christianity, that bears little resemblance to that of the New Testament. The average so-called Bible Christian of our times is but a shallow display of true sainthood. Yet, we put millions of dollars behind ‘movements’ to perpetuate this lower form of religion and attack the man who dares to challenge the wisdom of it.”
--A.W. Tozer