A.W. Tozer on Entertainment and Amusements 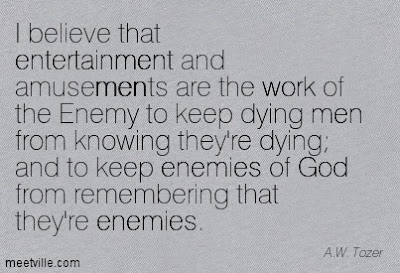 Entertainment and amusements in the church are a counterfeit to the Presence of God.

The World is the Battleground
A Christian Cult
Enmity:  True Christians versus False Christians
Posted by Tim Shey at 11:01 AM 1 comment:

God's Purpose or Mine? 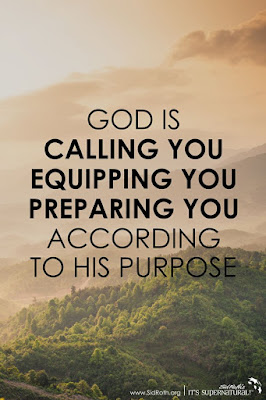 This is from My Utmost For His Highest by Oswald Chambers:

We tend to think that if Jesus Christ compels us to do something and we are obedient to Him, He will lead us to great success. We should never have the thought that our dreams of success are God’s purpose for us. In fact, His purpose may be exactly the opposite. We have the idea that God is leading us toward a particular end or a desired goal, but He is not. The question of whether or not we arrive at a particular goal is of little importance, and reaching it becomes merely an episode along the way. What we see as only the process of reaching a particular end, God sees as the goal itself.

What is my vision of God’s purpose for me? Whatever it may be, His purpose is for me to depend on Him and on His power now. If I can stay calm, faithful, and unconfused while in the middle of the turmoil of life, the goal of the purpose of God is being accomplished in me. God is not working toward a particular finish— His purpose is the process itself. What He desires for me is that I see “Him walking on the sea” with no shore, no success, nor goal in sight, but simply having the absolute certainty that everything is all right because I see “Him walking on the sea” (Mark 6:49). It is the process, not the outcome, that is glorifying to God.

God’s training is for now, not later. His purpose is for this very minute, not for sometime in the future. We have nothing to do with what will follow our obedience, and we are wrong to concern ourselves with it. What people call preparation, God sees as the goal itself.

God’s purpose is to enable me to see that He can walk on the storms of my life right now. If we have a further goal in mind, we are not paying enough attention to the present time. However, if we realize that moment-by-moment obedience is the goal, then each moment as it comes is precious.
Posted by Tim Shey at 10:43 AM No comments:

Email ThisBlogThis!Share to TwitterShare to FacebookShare to Pinterest
Labels: God's Purpose, God's thoughts are higher than our thoughts, My Utmost For His Highest, Obedience, Oswald Chambers

A Navy SEAL, a Broke-down Car and Karl Malone 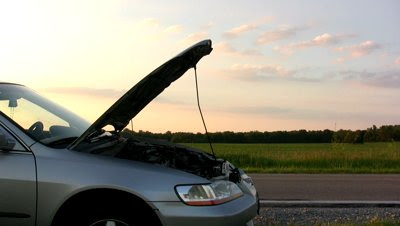 Today I hitchhiked from Salmon, Idaho to Hamilton, Montana.  It seemed like it took a long time to get out of Idaho.  Some days are slow, some days are fast.

I got a ride from Salmon north on U.S. 93 to Tower Creek.  From there I walked for a while and then got a ride to North Fork (north fork of the Salmon River).

At North Fork, I got a hamburger at the local cafe and then started walking again.  I must have walked three or so miles when this guy in a tractor-trailer pulled over to give me a ride.  His name was Marvin and he came up from Texas a couple of days ago.

Marvin and I had a good chat.  He told me that his dad was a veteran of World War II and Korea.  After coming home from Korea, his dad and his family lived in the woods until 1974 when the U.S. Forest Service burned them out.  Marvin's dad liked being alone---that is why he spent so much time in the woods.  I told Marvin that I have met a number of veterans who suffered from PTSD and the common denominator with these guys is that they like to be alone and away from society.

Marvin told me that he was a Navy SEAL from the mid 1980s till the mid 1990s.  He was involved in an operation in Panama in 1989 where his helicopter was shot down.  He was wounded a few times and some of the SEALs were killed---the enemy knew they were coming.  They were pinned down on this beach for three days.  No help was coming, so they had to swim back to the ship.

Marvin was later sent to Lebanon.  He got out of the Navy and started hitchhiking.

Marvin was hitchhiking in Alaska when he saw this guy trying to fix his broke-down car.  Marvin walked up to him and asked him if he needed any help.  The other guy said, yeah.

So Marvin fixed his car and he got a ride to somewhere in Alaska.  The guy with the broke-down car was Karl Malone.  Malone was a power forward for the Utah Jazz; he was a two-time MVP in the NBA in 1997 and 1999.  For the next six years, Karl and Marvin would go on hunting trips in Montana.  Karl also owned two commercial fishing boats in Alaska and he took Marvin on a fishing trip.

You never know who you are going to meet on the road.

Marvin dropped me off in Hamilton and told me that he was heading into Idaho on U.S. 12.  I walked to the library and read some inspiring words by John Milton and Gerard Manley Hopkins.

At a Cafe in Merriman, Nebraska
Posted by Tim Shey at 10:36 AM No comments: 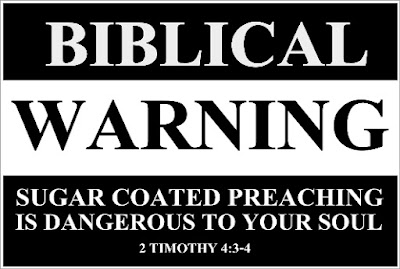 High standards seem to be a thing of the past. What once was ordinary and expected of everyone is now deemed gifted, talented, and exceptional. Even simple things like being able to write longhand are considered extraordinary, and if perchance you happen to be an immigrant that speaks fluent English without the frequent insertion of ‘know what I’m sayin’?’ in your dialogue, people are surprised and dumbfounded.


We have consistently lowered the bar to accommodate the lazy and uninspired, and although that is a choice the world is free to make it ought not to be so when it comes to those responsible for the spiritual welfare of the household of faith.


The quality of shepherd has been steadily diminishing during the first few decades. We have let things slide, we have ignored the warning signs, and now the quality of shepherd has diminished to the point that no one seems to be put off by the idea that some 400 pastors, deacons, elders, and other church leadership have enrolled themselves and pay fees to a website whose sole purpose is to provide partners for illicit extramarital affairs.


The surprise in the church was almost nonexistent. Some are even breathing a sigh of relief that the names of these pastors and elders were found on a website that facilitates heterosexual intercourse rather than one providing hookups for men to reciprocally sodomize each other.


At least they were looking to commit adultery with women. The fact that we can even think of framing the argument in such a manner proves how far we’ve fallen and how little is expected of our spiritual leaders nowadays.

It used to be men whose function was to serve food to widows were expected to be of good reputation, full of the Holy Spirit and wisdom. Nowadays, as long as you can fit into a pair of skinny jeans and look hip enough wearing a pair of horn rimmed glasses, your spiritual pedigree, how much you know of the Word, or even what you believe is no longer relevant.


We make idols of men only to be overcome by hopelessness and despair once our idols turn out to be less then human, never mind a demigod.


The leaders are culpable because they stopped preaching truth, and began floating the idea that sin is no longer sin, and what you do  the rest of the week is irrelevant as long as you pay your tithe and show up on Sunday.


The sheep are culpable because they desired a wider path than that the Bible prescribes, and found themselves teachers to suit their proclivities and give them license to sin.


Those still preaching truth are likewise culpable, because they didn’t yell loud enough, or long enough, or often enough, but in their defense, even a dog can only be smacked upon the head so many times by those he considers friends before he just gives up his barking, and goes to sit in a corner somewhere.


Who have we to blame for the world we’ve created but ourselves?

With love in Christ,
Michael Boldea Jr.
Posted by Tim Shey at 10:40 AM No comments: