John Climacus: "peacefulness even in the middle of a raging storm"


This is from the blog Dover Beach:
“The first stage of this tranquility consists in silencing the lips when the heart is excited. The second, in silencing the mind when the soul is still excited. The goal is a perfect peacefulness even in the middle of the raging storm.”
--John Climacus
Posted by Tim Shey at 9:49 AM 1 comment:

The Father of Lights

This is from the blog Literary Life:
“When I consider how my light is spent
Ere half my days in this dark world and wide,
And that one talent which is death to hide
Lodg’d with me useless, though my soul more bent
To serve therewith my Maker, and present
My true account, lest he returning chide,
“Doth God exact day-labour, light denied?”
I fondly ask. But Patience, to prevent
That murmur, soon replies: “God doth not need
Either man’s work or his own gifts: who best
Bear his mild yoke, they serve him best. His state
Is kingly; thousands at his bidding speed
And post o’er land and ocean without rest:
They also serve who only stand and wait.”

― John Milton, On His Blindness from The Sonnets of John Milton
It’s hard to imagine deaf Beethoven, producing symphonic masterpieces composed in the chambers of his mind, but equally staggering is John Milton, completely blind by his fifties, yet dictating his epic poem Paradise Lost with its ten thousand verses.  The work is so ubiquitous to the canon of literature its lines are often confused with scripture.  He was deeply bitter when he wrote it and could not understand why God would give him both talent and desire, yet rob him of the sight needed to see the written page.  In his poem above, he works through the anger and remembers that no, it’s not about him.
This world is broken, but it’s not God’s fault.  Paradise was indeed lost when man decided to throw it away, but before you hastily blame Adam and Eve, look back over your last week and think of your own sins.
When we focus on the tragedy of this world we completely miss the point.  God could have walked away when we – yes we – rejected Him.  The Bible describes Satan as “the Destroyer” and were it not, even now for God’s merciful hand, we would all be subjected to unthinkable hell.
When beauty and genius emerge from darkness, we see the hand of God.  When the sun rises and the stars shine at night, we see the hand of God.  When the eternal soul of a child is conceived by the act of mortal humans, we see the hand of God.  God is not absent from this world, and His hand is not stayed.
His greatest display of mercy and beauty was the sacrificial gift of His only Son, Jesus who He sent to die for our sins.  His grace extends to you. In Christ, we see the perfect human life lived perfectly, and while His death is our redemption, His life is our meditation.
In Paradise Lost, Milton wrote:
“A mind not to be changed by place or time.
The mind is its own place, and in itself
Can make a heav’n of hell, a hell of heav’n.”
You are more than your circumstances.  You are a child of God.  When your gaze turns from the consideration of your brokenness to the glory of God, your night will have concluded and your morning just begun.

James 1:17:  "Every good gift and every perfect gift is from above, and comes down from the Father of lights, with whom there is no variation or shadow of turning."

Dig Deeper – Paradise Lost
The theme of Milton is not primarily Satan, nor even God and angels, but humanity. Not only do the opening lines of “Paradise Lost” proclaim the subject “man’s disobedience,” but throughout the epic it is the fate of man that is made the issue of every event in the universal creation. Thus Milton begins his story, not when Satan is conspiring against God, but when the defeated devil turns his revengeful thought toward the future inhabitants of the earth. Of that new world man is solemnly made the lord, God himself descending to breathe into him a spiritual life. It is to warn man against his fall that the rebellion in heaven is related; and in the central books it is the glory and the weakness of human nature that we see displayed. Finally, the future history of the world is communicated to Adam, not so much to manifest the absolute power of God or the futility of Satan’s hate, as to assure the children of God of his eternal love toward them. In short, the subject is not theology but religion—not the nature of God and of Satan, but the relation of the powers of good and of evil to ourselves. Could a poet deal with a problem of more compelling and everlasting interest to us? The reader who focuses his attention upon the human beings in “Paradise Lost” will do what the poet did, and will, though accidental details may elude him, follow Milton’s essential thought. The descriptions of heaven and hell, which may not correspond precisely to the reader’s notions of the states of bliss and of misery, will recede into the background, where they belong; and gradually there will rise before him Milton’s idea of the true meaning of human life.
Ernest Bernbaum, “The Poems of John  Milton,” in Lectures on the Harvard Classics, ed. Charles W. Eliot and William Allan Neilson (New York: P. F. Collier & Son, 1914), 81–82.
Posted by Tim Shey at 5:42 PM No comments:

This is from the blog CrossQuotes:
Victory is the normal experience of a Christian; defeat should be the abnormal experience.
A Christian life is an unending engagement on the battlefield.
A Christian should know more about the operation of his spirit than about the activity of his mind.
Our prayers lay the track down on which God’s power can come. Like a mighty locomotive, his power is irresistible, but it cannot reach us without rails.
A forgiven sinner is quite different from an ordinary sinner, and a consecrated Christian is quite different from an ordinary Christian.
Our old history ends with the Cross; our new history begins with the resurrection.
The Blood deals with what we have done, whereas the Cross deals with what we are. The Blood disposes of our sins, while the Cross strikes at the root of our capacity for sin….
True spiritual life depends not on probing our feelings and thoughts from dawn to dusk but on “looking off” to the Savior!
He can only keep those who have handed themselves over to Him.
Now is the hour we should humbly prostrate ourselves before God, willing to be convicted afresh of our sins by the Holy Spirit.
Christians should not be content merely with knowing mentally the doctrine of the Holy Spirit as given in the Bible; they also need to know Him experimentally.
Oftentimes a carnal Christian is troubled by outside matters. Persons or affairs or things in the world around readily invade his inward man and disturb the peace in his spirit.
If you would test the character of anything, you only need to enquire whether that thing leads you to God or away from God.
They simply do what they feel like doing.
God wants us to love Him more than our Isaac.
God’s means of delivering us from sin is not by making us stronger and stronger, but by making us weaker and weaker. That is surely rather a peculiar way of victory, you say; but it is the divine way. God sets us free from the dominion of sin, not by strengthening our old man but by crucifying him; not by helping him to do anything, but by removing him from the scene of action.
The sight of any trouble strikes terror into the heart of those who do not have faith, but those who trust Him say, “Here comes my food!”
The breaking of the alabaster box and the anointing of the Lord filled the house with the odor, with the sweetest odor. Everyone could smell it. Whenever you meet someone who has really suffered; been limited, gone through things for the Lord, willing to be imprisoned by the Lord, just being satisfied with Him and nothing else, immediately you scent the fragrance. There is a savor of the Lord. Something has been crushed, something has been broken, and there is a resulting odor of sweetness.
Outside of Christ, I am only a sinner, but in Christ, I am saved. Outside of Christ, I am empty; in Christ, I am full. Outside of Christ, I am weak; in Christ, I am strong. Outside of Christ, I cannot; in Christ, I am more than able. Outside of Christ, I have been defeated; in Christ, I am already victorious. How meaningful are the words, “in Christ.”
Historically, Pentecost followed Calvary; experientially, being filled with the power of the Holy Spirit follows the bearing of the cross.
People who are lazy, careless, doubtful-minded or arrogant need not expect God to reveal His secret or covenant to them.
Posted by Tim Shey at 9:49 AM No comments: 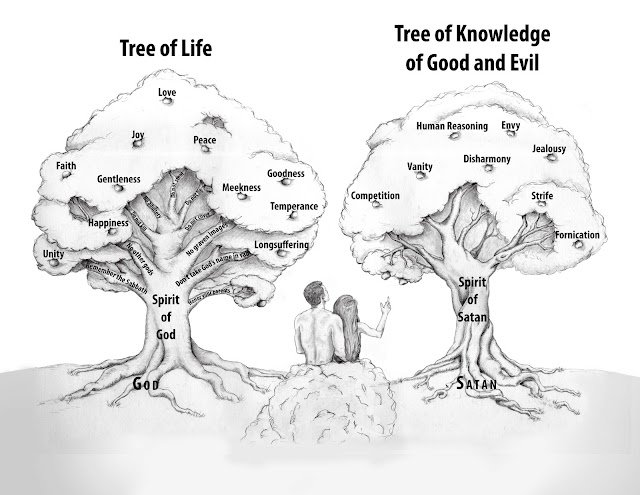 This is from The Latter Days blog:

Once again, Pastor Zac Poonen uses the two trees in the Garden of Eden - the tree of the knowledge of good & evil and the tree of life - to speak of the difference between living for self versus living for God.

We see these two trees symbolized in Scripture by two systems: Babylon and Jerusalem.  What is the difference between the two?  How do we know what it is to be religious versus what it is to be spiritual?  It is not primarily the doctrine to which we hold.  The answer is fire! The fire of the Holy Spirit.

Two Churches:  Babylon and Jerusalem
Posted by Tim Shey at 5:15 PM No comments: 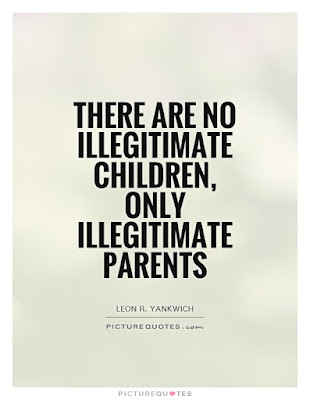 The atheist and his metal detector
Posted by Tim Shey at 4:08 PM No comments: