The Destruction of California

"I have overthrown some of you, as God overthrew Sodom and Gomorrah, and ye were as a firebrand plucked out of the burning: yet have ye not returned unto me, saith the LORD."

Amos 5: 2-3:  "The virgin of Israel is fallen; she shall no more rise: she is forsaken upon her land; there is none to raise her up.   For thus saith the Lord GOD; The city that went out by a thousand shall leave an hundred, and that which went forth by an hundred shall leave ten, to the house of Israel."

Amos 5: 11-12:  "Forasmuch therefore as your treading is upon the poor, and ye take from him burdens of wheat: ye have built houses of hewn stone, but ye shall not dwell in them; ye have planted pleasant vineyards, but ye shall not drink wine of them.  For I know your manifold transgressions and your mighty sins: they afflict the just, they take a bribe, and they turn aside the poor in the gate from their right."

Amos 7: 17:  "Therefore thus saith the LORD; Thy wife shall be an harlot in the city, and thy sons and thy daughters shall fall by the sword, and thy land shall be divided by line; and thou shalt die in a polluted land: and Israel shall surely go into captivity forth of his land."

Amos 9: 5:  "And the Lord GOD of hosts is he that toucheth the land, and it shall melt, and all that dwell therein shall mourn: and it shall rise up wholly like a flood; and shall be drowned, as by the flood of Egypt."

II Peter 2: 6:  "And turning the cities of Sodom and Gomorrha into ashes condemned them with an overthrow, making them an ensample unto those that after should live ungodly."

"And in her was found the blood of prophets, and of saints, and of all that were slain upon the earth."

Revelation 18: 23-24:  "And the light of a candle shall shine no more at all in thee; and the voice of the bridegroom and of the bride shall be heard no more at all in thee: for thy merchants were the great men of the earth; for by thy sorceries were all nations deceived.   And in her was found the blood of prophets, and of saints, and of all that were slain upon the earth."

It's Time for Justice
Victor Davis Hanson
This is Sodom! This is Sodom!
The Lord Closed The Door
Christian Exodus from California
California:  The Great American Wasteland
Christian School Raided by California Government
California Crumbles as nearly 400,000 Residents flee to Red States
I Wish We All Could Leave California (Beach Boys Parody) - The Babylon Bee 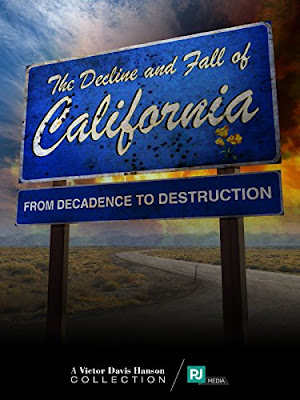 Antony the Great: “Why do wicked men prosper” 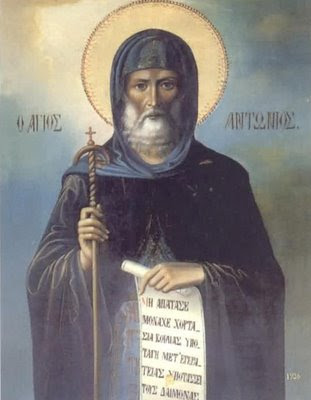 “When Abba Anthony thought about the depths of the judgments of God, he asked, ‘Lord, how is it that some die when they are young, while others drag on to extreme old age? Why are there those who are poor and those who are rich? Why do wicked men prosper and why are the just in need?’ He heard a voice answering him, ‘Antony, keep your attention on yourself; these things are according to the judgment of God, and it is not to your advantage to know anything about them.'”

--Saint Antony the Great
Posted by Tim Shey at 3:44 PM No comments: