A Providential Ride to Manhattan, Kansas 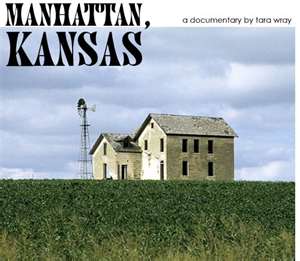 A conversation between a lady and a hitchhiker while driving to Manhattan, Kansas. The hitchhiker may have met her grandparents in Indiana a few years earlier.

Back in 2001, I was walking from I-70 towards Manhattan, Kansas when this pickup pulled over to give me a ride. I climbed into the pickup and this young lady said, "The Lord told me to pick you up."

I said, "Praise the Lord! I'm a believer, too." So we had a great chat all the way into Manhattan.

So I asked her, "Were you raised in Kansas?"

"Have you ever heard of Columbus, Indiana?"

"Have you ever heard of Hope, Indiana?"

"Have you ever heard of the St. Louis Crossing Independent Methodist Church?"

She looked at me and exclaimed, "My grandparents go to that church!"

"I was hitchhiking through Indiana a few years ago and this teenage kid picked me up and took me to his home in Indianapolis. I met his parents; they were very friendly people. His dad was the pastor of the St. Louis Crossing Independent Methodist Church; he asked me if I wanted to give a message at the church the next day. I said that that would be great. I gave a message at their church on Sunday and your grandparents probably heard me speak."

The young lady told me of the time she was driving through Kansas a couple of years earlier. She saw this older man hitchhiking on the side of the road. In the goodness of her heart she wanted to give him a ride, but the Lord said, NO. So she drove on by. Two days later, she saw that hitchhiker on the nightly news: he had robbed and killed an older couple in the next town.

It pays to obey the Lord.

I was hitchhiking in California a couple of summers ago and these two ladies picked me up. They were Christians and we had a nice talk. The one lady told me that she picked up this hitchhiker in the Bakersfield area and gave him a ride. He was very strange: he kept staring at her.

She said, "No, I'm washed in the precious Blood of Jesus Christ!"

Immediately the hitchhiker froze up and didn't say a word. The lady dropped him off at the next town.

A few weeks later the lady saw that hitchhiker on the nightly news: he was in jail for killing three women in the Bakersfield area. In the interview, the hitchhiker said that he kidnapped this woman and took her out to the Tehachapi Desert and tried to kill her, but couldn't. I believe someone was praying for her safety.

When hitchhiking or picking up hitchhikers, put God first.

Psalm 91 is a great psalm to read and build up your faith; it is the psalm of protection.