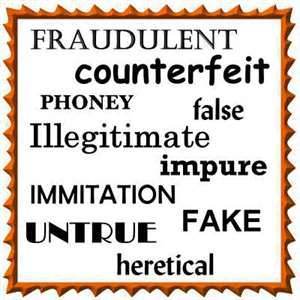 On the 25th of August, I hitchhiked from Kooskia to Boise. I got dropped off in Boise and got something to eat at a McDonald’s restaurant. I read this newspaper article, while I was eating, and it was about Mother Teresa of Calcutta. The article said that during a crisis in her faith, she prayed to the Pope in 1958. She prayed to the Pope? You gotta be kidding me! Only a heathen moron would pray to the flogging Pope! Since I had first heard about Mother Teresa’s work in Calcutta, I had always scanned news articles to see if she ever talked about Jesus. She never did. Maybe she repented of her sin on her deathbed and asked Christ into her life, but I solemnly assure you: if she had the same nonfaith that she had in 1958 when she passed from this life, she is most definitely burning in hell.

Helping orphans or poor people in Calcutta or any other work will not appease God’s wrath--only the Blood of Jesus will. What horrible arrogance and pride to think that your work or effort can save you from hell. And Mother Teresa got a Nobel Peace Prize in 1979--she definitely made peace with the world system--the world absolutely loved her--but did she ever make peace with God through His son Jesus Christ? Again, maybe she got saved on her deathbed. I was never impressed with her life. Now, if she got saved (by grace through faith; not by works lest any man should boast), and later, when she could perceive the Lord’s voice speak to her spirit, and the Lord told her to go to Calcutta to help the poor--well then, that would be absolutely beautiful! That would be called a good work because the Lord told her to do it. The will of man always precedes a work; the will of God always precedes a good work. You can always judge a tree by its fruit.

When Mother Teresa fed those poor people in Calcutta, did she give them the Bread from Heaven, that is, the Lord Jesus Christ (and I am not talking about that little cracker that some priest gives out during a so-called communion ritual at a church service)? (I am in constant communion with my Heavenly Father--it is a spiritual communion--it’s not eating crackers in some dead church) Or did she give them the food that perishes? Give people the Gospel first and then give them food for their bellies. Seek the Kingdom of Heaven first and everything else shall be added unto you. When we abide in Christ, we are broken bread and poured out wine (a sacrificial life--like Christ’s death on the Cross and his sacrificial ministry as he walked the earth) to those around us. If we abide in Christ, we can only bear much fruit to feed those hungry hearts that the Lord has placed in our path. If you don’t have a relationship with Jesus Christ, you are spiritually dead and you can only give people stale bread and swamp water. Abide in Christ and people will be drawn toward you and then you can give them the Bread from Heaven.

Hebrews 13: 13: “Let us go forth therefore unto him without the camp, bearing his reproach.”