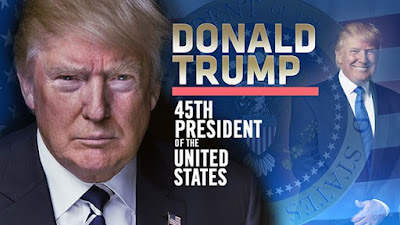 Dreams from the LORD 2011-2017
27 February 2017
Last night I had two dreams with Donald Trump.
In the first dream, I was traveling with President Trump.  He was meeting with people, talking to people:  the general needs to visit his troops.
The next scene:  we were sitting in this restaurant having some breakfast, when someone placed a book on the countertop.  It was my second book:  The First Time I Rode a Freight Train & other hitchhiking stories.
I said, "What is this book doing here?"
Right away, President Trump took my book, opened it up and began writing some comments in the margins.  He told me that he had read the book and liked it a lot.  We spoke for a long time, but I forget most of the details.
I then woke up and was surprised that it was all a dream.  It seemed so real:  I was talking with President Trump.
I went back to sleep.  Then I had another dream with Donald Trump.  We spoke with each other for quite some time.  It was similar to the previous dream.
Genesis 41:32:  "And for that the dream was doubled unto Pharaoh twice; it is because the thing is established by God, and God will shortly bring it to pass."
When a dream is repeated twice during the same night, it definitely means something.  In the mouth of two or three witnesses, let every word be established.

A Dream about Donald Trump
Donald Trump for President
Donald Trump is a Friend of Israel
Leftists Attack Melania Trump's Invocation of 'The Lord's Prayer'
John Kilpatrick hears the Lord on Truman and Trump
Israel, Iraq and Egypt
Book Review:  High Plains Drifter
Posted by Tim Shey at 9:11 AM