Hand on the Helm 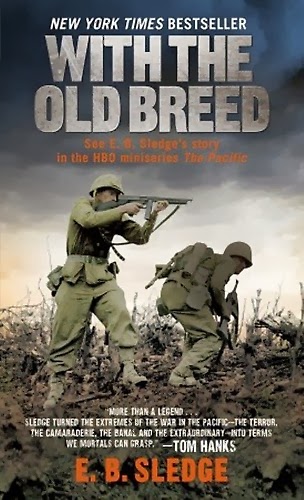 It's the soldier not the reporter
who gives you the freedom of the press.

It's the soldier not the poet
who gives you the freedom of speech.

It's the soldier not the campus organizer
who allows you to demonstrate.

It's the soldier who salutes the flag, serves the flag, whose coffin is draped with the flag
that allows the protester to burn the flag!!!

"Lord, hold our troops in your loving hands. Protect them as they protect us.
Bless them and their families for the selfless acts they perform for us in our time of need."

The Soldier
By Gerard Manley Hopkins

YES. Why do we áll, seeing of a soldier, bless him? bless
Our redcoats, our tars? Both these being, the greater part,
But frail clay, nay but foul clay. Here it is: the heart,
Since, proud, it calls the calling manly, gives a guess
That, hopes that, makesbelieve, the men must be no less;
It fancies, feigns, deems, dears the artist after his art;
And fain will find as sterling all as all is smart,
And scarlet wear the spirit of wár thére express.

Mark Christ our King. He knows war, served this soldiering through;
He of all can handle a rope best. There he bides in bliss
Now, and séeing somewhére some mán do all that man can do,
For love he leans forth, needs his neck must fall on, kiss,
And cry ‘O Christ-done deed! So God-made-flesh does too:
Were I come o’er again’ cries Christ ‘it should be this’.

Hand on the Helm
By Katherine Pollard Carter
Copyright 1977. Chapter 5.

"For four long years, in the front line warfare of World War I, the British regiment commanded by Colonel Whittlesey had not one single battle casualty. They did not lose a single man! They could only give one explanation for this incredible record.

"During those interminable years of danger and valor, every officer and every enlisted man in the regiment daily affirmed his faith in God's protection by repeating the Ninety-First Psalm."

"Each officer and soldier in the regiment carried a complete copy of the psalm and either read it or recited it from memory daily."

With the Old Breed
By E.B. Sledge

Page 91: “The conversation with Hillbilly reassured me. When the sergeant came over and joined in after getting coffee, I felt almost lighthearted. As conversation trailed off, we sipped our joe in silence.

“Suddenly, I heard a loud voice say clearly and distinctly, ‘You will survive the war!’

“I looked at Hillbilly and then at the sergeant. Each returned my glance with a quizzical expression on his face in the gathering darkness. Obviously they hadn’t said anything.

“‘Hear what?’ they both inquired.

“‘Someone said something,’ I said.

“‘I didn’t hear anything. How about you?’ said Hillbilly, turning to the sergeant.

“‘No, just that machine gun off to the left.’

“Shortly, the word was passed to get settled for the night. Hillbilly and the sergeant crawled back to their hole as Snafu returned to the gun pit. Like most persons, I had always been skeptical about people seeing visions and hearing voices. So I believed God spoke to me that night on the Peleliu battlefield, and I resolved to make my life amount to something after the war.”

"Remembering the words of Nehemiah the Prophet: 'The trowel in hand and the gun rather loose in the holster.'"