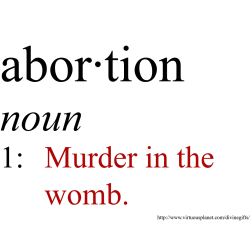 "What has been will be again, what has been done will be done again; there is nothing new under the sun." (Ecclesiastes 1:9 NIV)

Modern-day liberals – or "progressives" as they more discreetly prefer – labor under an awkward misconception; namely, that there is anything remotely "progressive" about the fundamental canons of their blind, secular-humanist faith. In fact, today's liberalism is largely a sanitized retread of an antiquated mythology – one that significantly predates the only truly progressive movement: biblical Christianity.

While visiting the Rivermont Evangelical Presbyterian Church in Lynchburg, Va., a few weeks back, I heard a troubling, albeit thought-provoking, sermon. Pastor John Maybray addressed the ancient Canaanite practice of Baal worship and, though he didn't reveal it by name, connected the dots to its present-day progeny: liberalism. Baal, the half-bull, half-man god of fertility, was the focal point of pagan idolatry in Semitic Israel until God revealed His monotheistic nature to Judaism's forebears.

In his sermon, Pastor Maybray illustrated that, although they've now assumed a more contemporary flair, the fundamentals of Baal worship remain alive and well today. The principal pillars of Baalism were child sacrifice, sexual immorality (both heterosexual and homosexual) and pantheism (reverence of creation over the Creator).

The natural consequences of such behavior – pregnancy and childbirth – and the associated financial burdens of "unplanned parenthood" were easily offset. One could either choose to engage in homosexual conduct or – with child sacrifice available on demand – could simply take part in another fertility ceremony to "terminate" the unwanted child.

Modern liberalism deviates little from its ancient predecessor. While its macabre rituals have been sanitized with flowery and euphemistic terms of art, its core tenets and practices remain eerily similar. The worship of "fertility" has been replaced with worship of "reproductive freedom" or "choice." Child sacrifice via burnt offering has been updated, ever so slightly, to become child sacrifice by way of abortion. The ritualistic promotion, practice and celebration of both heterosexual and homosexual immorality and promiscuity have been carefully whitewashed – yet wholeheartedly embraced – by the cults of radical feminism, militant "gay rights" and "comprehensive sex education." And, the pantheistic worship of "mother earth" has been substituted – in name only – for radical environmentalism.

But it's not just self-styled "progressives" or secular humanists who have adopted the fundamental pillars of Baalism. In these postmodern times, we've also been graced, regrettably, by the advent of counter-biblical "emergent Christianity" or "quasi-Christianity," as I prefer to call it.

This is merely liberalism all dolled up and gratuitously stamped "Christian." It's a way for left-wing ideologues to have their "religion" cake and eat it too. Under the guise of "social justice," its adherents often support – or at least rationalize – the same pro-homosexual, pro-abortion and radical environmental policies pushed by the modern-day Baal worshiper.

Though the "Christian left" represent what is arguably a negligible minority within larger Christianity, the liberal media have, nonetheless, embraced their cause and seized upon their popularity among elites as evidence that the so-called "Christian right" (read: biblical Christianity) is losing influence – that Christianity is, somehow, "catching up with the times."

Because emergent Christianity fails the authenticity test whenever subjected to even the most perfunctory biblical scrutiny, I suspect it will eventually go – for the most part – the way of the pet rock or the Macarena. But this does not absolve leaders within the evangelical community from a duty to call leaders of this counter-biblical revolution on their heresy. It's not a matter of right versus left; it's a matter of right versus wrong – of biblical versus non-biblical.

Nonetheless, the aforementioned pillars of postmodern Baalism – abortion, sexual relativism and radical environmentalism – will almost certainly make rapid headway over the next four to eight years, with or without help from the Christian left. The gods of liberalism have a new high priest in Barack Obama, and enjoy many devout followers in the Democratic-controlled Congress, liberal media and halls of academia.

Both Obama's social agenda and that of the 111th Congress are rife with unfettered pro-abortion, freedom-chilling, pro-homosexual and power-grabbing environmentalist objectives. The same kind of "hope, action and change," I suppose, that was swallowed up by the Baalist Canaanites of old.

So, today's liberalism is really just a very old book with a shiny new cover. A philosophy rooted in ancient pagan traditions, of which there is naught to be proud.

There's "nothing new under the sun," indeed.

[The preceding article was taken from Sarah Beveridge's blog Believer's Journey. You can read the entire post below.]

Stand Up [Letter to the Editor]

"In the 11 years I've lived in Jackson, I've never seen this community shaken up so much as when the protesters from Kansas and Operation Save America showed up. I heard a month before that a radical anti-abortion group was planning on coming to protest. I didn't think that was a good idea, because it seemed too controversial.

"I completely forgot about it until the Wednesday morning they arrived on Broadway to deliver their 'shock and awe campaign.' When I saw the graphic pictures of the aborted baby, I was shocked and deeply offended. I wasn't offended that OSA showed the pictures in public, but I was offended that this is happening in our community on Saturday mornings.

"For years, I've driven past Emerg-A-Care [Brent Blue's office], admiring the airplane propellers over the entrance without thinking about what takes place inside. I've since talked with several churchgoers about this. They said they agreed with OSA's pro-life stance but didn't agree with the delivery of the group's message, because it wasn't a loving-enough approach.

"The Bible says an open rebuke is better than hidden love. Isaiah 58: 1 says, 'Show my people their sins.' Abortion is horrific, and showing graphic pictures humanizes it.

"A major turning point in the civil rights battle was the murder and open-casket funeral of 14-year-old Emmett Till. Tens of thousands of people filed past Emmett's body to see the horrors of segregation. As the brutal photos circulated around the country and television coverage of police violence against peaceful protesters in Birmingham made its way into America's living rooms, we decided we weren't going to tolerate it anymore.

"OSA's protesting strategy has led to hundreds of abortion clinics being shut down around the country. They save thousands of unborn children's lives, each year. In Wichita Kan., the hometown of many of the protesters, all three abortion clinics have been shut down. The graphic pictures are effective in changing minds. My family and I stood for several hours with the protesters, and, let me tell you, it was uncomfortable. I haven't been flipped off or threatened like that before, but standing up for those who don't have a voice is worth it.

"To the Christians and churchgoers in this community, don't be afraid to stand up for what you know is right, even if it puts you in an uncomfortable spot among your peers."

The Original Enviro-Nazis
Feminism
Oil is not a fossil fuel
Posted by Tim Shey at 10:35 AM