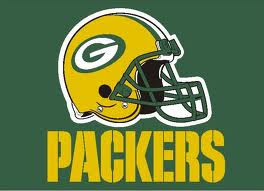 Last night the Green Bay Packers defeated the Pittsburgh Steelers in the Super Bowl, 31 to 25. I believe the Green Bay victory was prophetic.

Yesterday I hitchhiked from Riverton, Wyoming to Victor, Idaho. I got to my friend's place in Victor just before the second half of the game got under way. I wanted the Packers to win and they won. I really don’t follow the Packers, but I tend to root for NFC teams in the Super Bowl.

This past season, the Packers had 15 players on injured reserve. They lost their starting cornerback (Charles Woodson) and their starting receiver (Donald Driver) in the first half of the Super Bowl. Even though the Packers were broke-down most of the season, they put it all together and won the Big Game.

Green Bay's receiver, Greg Jennings, was interviewed after the game (he scored two touchdowns). He kept saying, "God gets the glory, God gets the glory." Green Bay didn't have any real big stars (though Woodson is outstanding) with gigantic egos--they played as a team.

So if this victory by Green Bay is prophetic, what does it mean? At first glance, I would say that even if a Christian seems to be broke-down, the Spirit of God can still use him to do powerful things for the Kingdom. "When I am weak, then I am strong." The Lord loves to use the foolish things of this world to confound the wise; He loves to use the weak things of the world to defeat the strong. The Lord used Samson and the jawbone of an ass to kill and humiliate one thousand Philistines.

I believe for those who are truly surrendered to Christ, they will see great victories in their personal lives in 2011. The world may come crashing down all around them (the economy, the revolution in Egypt, bad decisions being made in state and federal government, etc.), but they will prevail against the world system in the Power of the Holy Ghost.

The Green Bay Packers were a broke-down team all season (lots of injured players), yet they won the Super Bowl. They lost some battles, but they won the war. If you think you are broken and beyond repair, watch and wait upon the Lord and He will shine brightly through your brokenness and inspire the lives around you.

Before a loaf of bread can be used for food, it needs to be broken first. We are called to be broken bread and poured-out wine to those who are hungering for spiritual food (manna from heaven, Jesus Christ). Take up your cross and let the Lord break you of your self-strength and self-will and watch how He will be glorified in your life. Your life then will nourish others.
Posted by Tim Shey at 4:09 PM

Email ThisBlogThis!Share to TwitterShare to FacebookShare to Pinterest
Labels: broken bread and poured-out wine, Green Bay Packers, Pittsburgh Steelers, Super Bowl XLV, When I am weak then I am strong