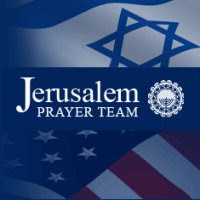 Here are some excerpts from a newsletter from Mike Evans. Brenda, a lady who gave me a ride to Dubois, Wyoming yesterday, gave this newsletter to me.

"David said in the 23rd Psalm that God prepared a table 'in the presence of mine enemies.'

"I'm writing you today from New York City where I am literally surrounded by the enemies of Israel. They have come from across the globe to attack the Jewish state and vent their hatred toward the Chosen People. I ask that you pray urgently for me in this effort. Bill O'Reilly asked me to help him secure an interview for the Fox News Network with the President of Iran. I met with him last year and set up an interview to expose him to the world. I consider Ahmadinejad the most evil man living on the planet today.

"The sense of evil is palpable. At the United Nations where the discussion is underway to compel Israel to give up key portions of the nation, including much of the Holy City of Jerusalem . . .at the hate-fest known as Durban III where the desire of Jews to live in their ancient homeland is condemned as bigotry and racism . . .at the high priced hotels where the enemies of Israel sleep in luxury and dream of her destruction . . .Satan is active and at work.

"But though I recognise the threat is great and the danger to Israel is real, I also know that God is greater than any enemy, and that He has promised to hear and answer the prayers of His children. Today I'm asking you to join me in special prayer for Israel . . .and I'm asking you to take a special step to help the Jerusalem Prayer Team as we continue to stand for the Jewish state.

"The nation of Israel right now is preparing for war. The top military experts I have spoken with are unanimously expecting an outbreak of violence following whatever action the UN takes."

". . . . the truth is that I prophesied the 9/11 attack years before it happened in my book, The Jerusalem Scroll, to warn and wake America. I was laughed to scorn . . .but no one is laughing now. I prophesied the so called 'Arab spring' revolution years before it happened in my #1 New York Times bestseller, The Final Move Beyond Iraq. You may even have seen one of the debates I did with Arianna Huffington or Chris Matthews or Pat Buchanan.

"I even prophesied the current UN plan to divide Jerusalem, that is playing out as I write these words, months ago in my book Cursed. I was mocked for this prophesy as well--one nationally known pastor said, 'I spat on your book and threw it in the trash. What you have said and are warning us to pray against will never come to pass.' Today it is happening.

"Almost thirty years ago I prophesied over Benjamin Netanyahu. I told him, 'You will be Prime Minister of Israel twice--and the second time will be during the gravest days of Israel's history.' Those days are here right now! If you have ever planned to do something great for God, do it NOW . . .tomorrow may be too late."

Jerusalem Prayer Team
Bereshith
Posted by Tim Shey at 9:49 AM