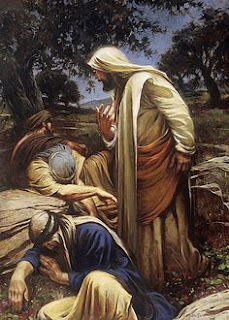 
Of all the things that have been happening stateside the past few days, the most heartbreaking of all has been the silence of the church. Not only has the church been wholly silent save for a few voices here and there that couldn’t help but make their objection known, but some hip, cool, and socially edgy pastors even saw fit to join parades and apologize for the stick-in-the-mud Christians who still cling to the notion of anything being sin or sinful.

In private e-mails with certain people I’ve been getting the ‘all sin is equal and we shouldn’t focus on homosexuality’ line, but since this is the ‘gotcha’ question of our day you can’t help but focus on it.

Nobody is asking preachers on television what their opinion is on lying, cheating, or bearing false witness, but the first question out of the gate is always, ‘what do you think about homosexual marriage?’

The conversation has moved beyond the act of homosexuality and the fact that God calls it sin, into the land of whether or not homosexual marriage is something to oppose, or embrace wholeheartedly in our suicide run toward judgment.

As a nation we’ve crossed another line, and as far as I am concerned it was an inevitability as long as the church continued its slumber, which it has. The only sound being heard from most churches are snores and the occasional belch after pizza night, with prayer, supplication, brokenness and repentance having been long abandoned for things that are easier on the knees, and more than just a handful of old fuddy-duddies could enjoy.

Our only mission is to grow our mission without a second’s thought as to the quality of members we are growing our missions with. We have talked ourselves into believing that the impressive size of our congregations proves that God is with us and that His stamp of approval shines bright upon our compromise and heresy, refusing to take into account that a tree is known by its fruit and right now our fruit is poisoned. Our fruit is killing innocent souls. Our fruit is strengthening the hand of the wicked and causing the hearts of the righteous to be grieved.

Dare we still beat our breast and say God is with us? Dare we still stand proud and say God bless our nation? Dare we still assume His protection or favor after all we have done to shun Him and His precepts as a nation? If we do then we are delusional, and yes I know that many a soul live their delusion every day, believing wholeheartedly that God cares not for what you do, what you say, how you live, what you practice, as long as you raised a hand in some sort of edifice calling itself a church at some point in your life.

For those who look at the situation and think to themselves ‘at least it’s over’ let me be the fly in your ointment and say it’s not over by a longshot. In order to know when this will be over you must first understand the intent with which this entire drama unfolded, and it wasn’t so two men who sodomize each other on a regular basis could have a marriage license. The intent, the endgame, the big picture is the utter destruction of the family unit, a complete rejection of morality, and a wholesale doing away with anyone still clinging to Biblical precepts and principles.

I’ve been telling you persecution was coming for the better part of six years, and now we have but little time left to prepare our hearts if we haven’t done so already.

The Father's Response to the US Supreme Court Ruling that Gay Marriage is a Right
Posted by Tim Shey at 8:11 AM