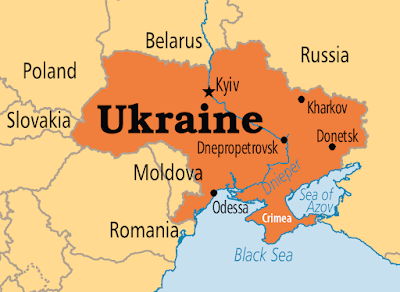 Johnny Enlow:  What is really going on?

[Originally from the blog Richard's Watch]

Putin's Move on Ukraine:  the end of the Euro-Atlantic block and of the New World Order

Fake-Raine:  One Man's Trip Through the Hollywood Movie Set We Know as Ukraine

Mel K:  The Truth and Secrets of the Media and Tech Giants

"Let's answer very simple questions for ourselves. I would like to return to what I said, and I would like to address all the citizens of the country – not only the colleagues who are in this hall – all the citizens of Russia: do we really want us, here, in our country, in Russia, to have 'parent number one', 'number two', 'number three' (completely crazy already there!)? Do we want perversions to be imposed on children from primary school in our schools that lead to degradation and extinction? That they were told that in addition to women and men, there were allegedly some other genders and offered to undergo sex reassignment surgery? Do we want all this for our country and our children? For us, all this is unacceptable, we have a different, our own future.

"Let me repeat that the dictatorship of the Western elites is directed against all societies, including the peoples of the Western countries themselves. It's a challenge to everyone. Such a complete denial of man, the overthrow of faith and traditional values, the suppression of freedom acquires the features of a 'religion on the contrary' – outright Satanism. In the Sermon on the Mount, Jesus Christ, denouncing the false prophets, says, 'By their fruits ye shall know them.' And these poisonous fruits are already obvious to people – not only in our country, in all countries, including for many people in the West itself."

The Veil Sheltering You from Reality is Lifting - X22 Report

Putin's Speech:  The End of the New World Order.  The Dawn of the Multipolar World

Dr. Walsh answers a critic of his claim about the Ukraine

"Ukraine is the center of the deep state.  It's the head of the snake and Vlad's taking the head off."

"Ukraine has been the center of the globalists for decades and decades . . .  The CIA has been working in the Ukraine for 70 years."

"Ignore all the chatter about nuclear war and Russia's attempts to take over the globe.  Do your own research and stop watching the mainstream media."

Mark 4:22:  "For there is nothing hid, which shall not be manifested; neither was any thing kept secret, but that it should come abroad."