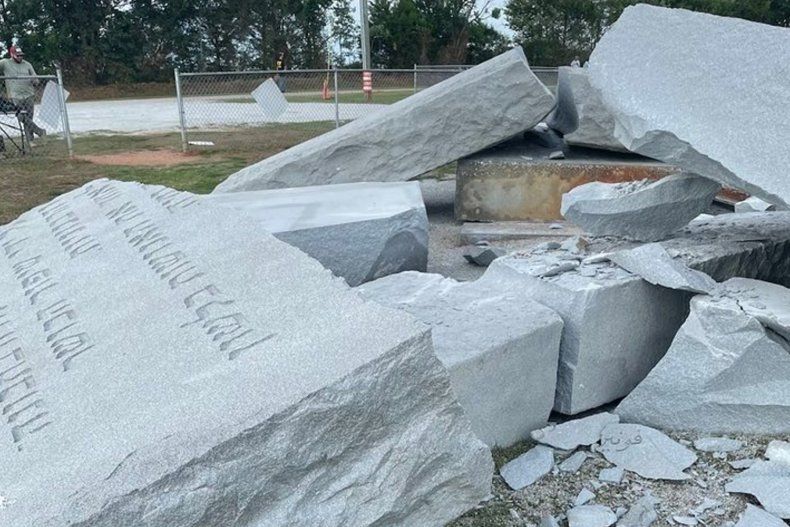 THE EXPLOSION HEARD ROUND THE WORLD

GEORGIA GUIDESTONES - THE GATES OF HELL

Isaiah 19:1:  "The burden of Egypt. Behold, the LORD rideth upon a swift cloud, and shall come into Egypt: and the idols of Egypt shall be moved at his presence, and the heart of Egypt shall melt in the midst of it."

Isaiah 21:9:  "And, behold, here cometh a chariot of men, with a couple of horsemen. And he answered and said, Babylon is fallen, is fallen; and all the graven images of her gods he hath broken unto the ground."

The Fire of the Lord

The Bill Gates of Hell

Give Me Liberty Or Give Me Death! - Patrick Henry

The Color Purple is Associated with Lightning Strikes

In Russia, in the Kaluga Region, a replica of the Tower of Babel was burned

Elderly couple dies after being struck by lightning near White House

Judges 16:3: “And Samson lay till midnight, and arose at midnight, and took the doors of the gate of the city [the strategies of hell], and the two posts, and went away with them, bar and all, and put them upon his shoulders, and carried them up to the top of an hill that is before Hebron.”

Matthew 16:18: “And I say also unto thee, That thou art Peter, and upon this rock [of revelation knowledge] I will build my church; and the gates of hell [the strategies of hell] shall not prevail against it.”