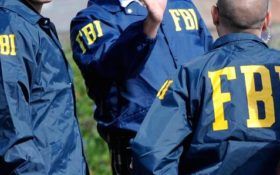 FBI's raid of Mar-a-Lago blows up in its face

Eric Trump:  His response to the FBI raid on Mar-a-Lago

Psalm 9:15-17:  "The heathen are sunk down in the pit that they made: in the net which they hid is their own foot taken. The LORD is known by the judgment which he executeth: the wicked is snared in the work of his own hands. Higgaion. Selah. The wicked shall be turned into hell, and all the nations that forget God."