A Hitchhiker, a Knife and a Piece of Paper 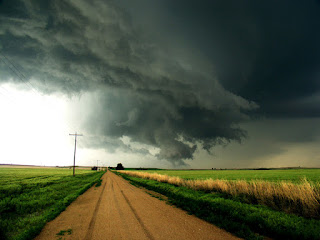 Yesterday, I was walking on U.S. 83 just east of Rexford, Kansas and this young lady named Becca picked me up. She drove me to Oberlin. Becca and I had a real good talk about the Gospel; she was a believer.

Becca told me about this Christian man and woman who picked up a hitchhiker. They took the hitchhiker to some town, bought him supper and paid for his own motel room. The couple was also staying at the same motel as the hitchhiker.

The next morning, the man and woman walked to their car and on the front seat was a knife on top of a piece of paper. On the piece of paper, the hitchhiker left a message and he said that he was planning on killing them, but since they gave him supper and a motel room, he didn’t want to kill them. The hitchhiker thanked them for their hospitality.

The hitchhiker giving his knife (a potential lethal weapon) to the man and woman was an act of repentance.
Posted by Tim Shey at 1:37 PM