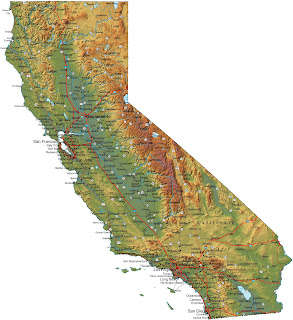 Just got dropped off here in Buckhorn, California. I am on Highway 88 going east towards Nevada.

When I left San Miguel, I got a ride to King City where I slept in a junked pickup that night. The next day I got a ride with a guy named Tom and we went to his office in Salinas where I put my files on his computer and he made me a sandwich. Tom took me to Gilroy and dropped me off at the library so that I could send some e-mails.

I walked east out of Gilroy and got a ride with a Christian, Jose. He took me out to eat in Los Banos. Jose then took me home so that I could shower, shave and wash my clothes. His wife came home later that evening. I was so grateful to get a shower and sleep on the couch.

The next day I got a ride to Merced. From Merced I walked north to Atwater and slept near the railroad tracks. The following day I walked for a while and got a ride to Modesto on U.S. 99 with a Christian, Nathan, who gave me some money so that I could get something to eat. I slept in somebody’s barn near Manteca that night. There are a lot of orchards in that part of California.

This morning I walked for a while and got a ride to Stockton and then to Jackson on Highway 88. I just got a ride from Jackson to Buckhorn with a couple of guys who wanted to read my High Plains Drifter, so I’ll e-mail it to them when I run into a library.

Acts 2: 38: “Then Peter said unto them, Repent, and be baptized every one of you in the name of Jesus Christ for the remission of sins, and ye shall receive the gift of the Holy Ghost.”
Posted by Tim Shey at 7:14 AM