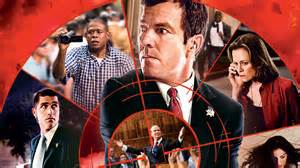 Last night Felice told me that I should watch the movie Vantage Point. She told me two or three times to watch it, so I thought I would watch it because I believe that the Lord prompted her to tell me. “In the mouth of two or three witnesses, let every word be established.”

I watched Vantage Point this morning. I liked it, though at times it was a little annoying having the same scene be repeated time and time again (but, of course, the repetition was done for a reason; “In the mouth of two or three witnesses let every word be established.”).

The main character (Thomas Barnes) is played by Dennis Quaid; he is a Secret Service agent. In the movie, he sees things that other people/Secret Service agents/the GNN TV crew don’t see. I identified myself with Thomas Barnes. Time and time again, the Lord lets me see things that few or no other people (Christians) see. It is like the Lord puts Barnes in different situations to show him parts of the puzzle. During the movie, Barnes finally puts the pieces of the puzzle together and is able to save the President of the United States.

I also noticed the letter “V” in the movie. This could mean the number 5 or victory. It could also mean revenge. In World War II, Hitler launched the V1 and V2 rockets against Great Britain: it was called the Revenge Weapon or Vengeance Weapon. So maybe the word revenge has something to do with the movie Vantage Point. The letter “V” could also be a veiled reference to the first word in the title of the movie: vantage.

Different people in the movie had different angles on the assassination attempt; they had different vantage points. Obviously, Thomas Barnes had the best vantage point because he was placed in certain places where different pieces of the puzzle could be presented to him. Even though he was hindered at times from doing his job (the control center was compromised and a Secret Service agent turned rogue), he was resourceful and tenacious enough to chase down the bad guys and save the President.

On a fast-moving battlefield, you have to be resourceful and tenacious to survive and ultimately defeat the enemy. A Christian needs to be humble before the Lord so that the Lord can reveal new details about the intent and the movement of the enemy. The strategies of Hell cannot prevail against fresh revelation knowledge from the Lord.
Posted by Tim Shey at 7:54 PM