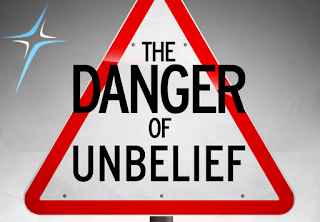 Revelation 2: 11: “He that hath an ear, let him hear what the Spirit saith unto the churches; He that overcometh shall not be hurt of the second death.”

Jude 5: “I will therefore put you in remembrance, though ye once knew this, how that the Lord, having saved the people out of the land of Egypt, afterward destroyed them that believed not.”

Hebrews 3: 17-19: “But with whom was he grieved forty years? was it not with them that had sinned, whose carcases fell in the wilderness? And to whom sware he that they should not enter into his rest, but to them that believed not? So we see that they could not enter in because of unbelief.”

Unbelief is sin; unbelief is slavery. Unbelief is not living by faith and revelation. Unbelief is a hardening of the heart towards God—you become blind, deaf; a white-washed wall.

Joshua and Caleb survived the first death (the death of the firstborn in Egypt) and the second death (Moses and the rest of the Israelites who came out of Egypt died in the desert because of unbelief—they had a slave mentality). Joshua and Caleb did not give an evil report like the other ten spies that were sent into the Promised Land.

Joshua and Caleb spoke to the children of Israel: “If the Lord delight in us, then he will bring us into this land, and give it us; a land which floweth with milk and honey. Only rebel not ye against the Lord, neither fear ye the people of the land; for they are bread for us: their defence is departed from them, and the Lord is with us: fear them not.” (Numbers 14: 8-9)

We overcome sin (slavery, unbelief) in our lives through faith—abiding in the Tree of Life—and then we can enter the Promised Land of God’s Presence—the Holy of Holies—New Jerusalem. Those who overcome sin in their lives shall not experience the second death. Joshua and Caleb later inspired the Israelites to bring down the Walls of Jericho in faith and to take the Promised Land. It is impossible for slaves to take down any satanic stronghold, but believers in Jesus Christ can. Bondslaves of Christ are unslaved, unshackled by the Presence of God.

Deuteronomy 1: 36: “Save Caleb the son of Jephunneh; he shall see it, and to him will I give the land that he hath trodden upon, and to his children, because he hath wholly followed the Lord.”

Walls of Jericho
Posted by Tim Shey at 7:44 PM