I believe it was late this summer when I had a dream, but I have waited till now to write it in my journal. In the dream I was with a woman whom I knew back in my parents’ hometown in Iowa. She was a year older than me in school. Her dad was a dentist and their family were friends with the Shey family. She looked at me and said that her dad hated my guts.

I believe I had this dream because a year ago I sent copies of my Dreams from the Lord and Journal to at least two or three people in my parents’ hometown back in Iowa. If those people read some or all of my Dreams, then they probably passed it around to some other people in town. If anybody reads Dreams, they will see that it does not flatter Jerry [D.J.] Shey or the Shey family [Shey Family Foundation]; it exposes some of the wickedness that I experienced in that family. Jerry Shey is an unsaved Catholic; the dentist in the preceding dream, who hated my guts, is an unsaved Catholic; that dentist’s older brother (Fr. Tom Nash) used to be a priest at my parents’ parish (St. Cecelia’s Catholic Church) back in the 1980s—I believe he died around ten years ago.

When I was around twenty-two years old, I told that priest that my dad put me in a mental hospital (in Mason City, Iowa) and had me pay the bill [around $1200.00]. That priest smiled at me and laughed: he wasn’t going to rebuke my dad for stabbing me in the back. Time and time again—before he put me in that mental hospital—dad would tell me that they would help me when it came to my depression. According to the Shey family, helping me is putting me in an institution and having me pay the bill. Such generosity and integrity. My dad was one of the biggest donors to that parish (my dad is considered to be a wealthy and successful businessman). At least that priest wasn’t stupid: he wasn’t going to bite the hand that fed him. That priest was also big into peace and social justice issues; he didn’t like President Ronald Reagan or the military, either; I doubt very much if that priest had a relationship with Jesus Christ. In other words, that priest was absolutely worthless. Now he has his eternal reward.

Just for the record: I later, at the age of twenty-four and twenty-five, spent some time in two mental hospitals in Washington, D.C. and one mental hospital in Cherokee, Iowa. I didn’t pay all of those bills, but it did wipe out my hard-earned life savings [around $4000.00]. Jerry Shey later told me (August 1989) that he paid for all of the hospital bills. Jerry Shey is a thief and a liar: I can see why he was such a good friend with that dentist and that Catholic priest. Demons of a feather flock together.

From May of 1981 till February of 1982 I lived in Ireland.  I took my hard-earned money to fly to Ireland and live there:  I wrote a novella, worked on some farms and traveled around Ireland.  Jerry Shey took credit for paying for that trip.]

What is the Jezebel Spirit all about?
Another Dream with General George S. Patton
Road to Perdition

"The truth is like a lion; you don't have to defend it.  Let it loose; it will defend itself."

Ephesians 5: 11:  "Take no part in the unfruitful works of darkness, but instead expose them." 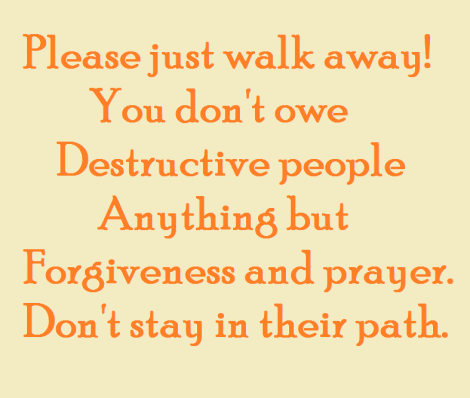 II Samuel 12: 1-6:   "And the LORD sent Nathan unto David. And he came unto him, and said unto him, There were two men in one city; the one rich, and the other poor.   The rich man had exceeding many flocks and herds:   But the poor man had nothing, save one little ewe lamb, which he had bought and nourished up: and it grew up together with him, and with his children; it did eat of his own meat, and drank of his own cup, and lay in his bosom, and was unto him as a daughter.*   And there came a traveller unto the rich man, and he spared to take of his own flock and of his own herd, to dress for the wayfaring man that was come unto him; but took the poor man’s lamb, and dressed it for the man that was come to him.   And David’s anger was greatly kindled against the man; and he said to Nathan, As the LORD liveth, the man that hath done this thing shall surely die:†   And he shall restore the lamb fourfold, because he did this thing, and because he had no pity."

“A beast can never be as cruel as a human being, so artistically, so picturesquely cruel.”

―from The Brothers Karamazov by Fyodor Dostoyevsky

“The punishment of every disordered mind is its own disorder.”

–Augustine of Hippo
Posted by Tim Shey at 11:34 AM