Freed from the Prison of Sin 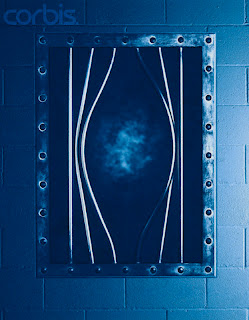 Last night I had a dream where I was in this prison in Georgia. Earlier this year, I had a dream where I escaped from that very same prison—I did not stay one night. In the dream I had last night, I walked up to the prison cell that I had escaped from and this prison guard walked up to me. He had a concerned look on his face, and he said something like, “Hey, aren’t you supposed to be in this prison cell?” Then he became very angry. Just at that moment I wondered why I came back to the prison that I had successfully escaped from. I said to the prison guard, “The Lord freed me from this prison.” All of a sudden, the countenance of the prison guard changed and he began to smile. He told some other guards and they began to talk with me. There was a lot more to the dream, but it is gone from me now.

If the Lord has freed us from the prison of sin and demonic bondage, we must tell others (prisoners and prison guards) how the Lord has set us free.

During the preceding dream, I was real uneasy about being in that prison—I thought the prison guards would try to capture me—but that did not happen: I was able to walk and talk freely with the prison guards.

Obedience: The Bondage Breaker
Posted by Tim Shey at 12:40 PM

Email ThisBlogThis!Share to TwitterShare to FacebookShare to Pinterest
Labels: Dream, Preaching to the spirits in prison