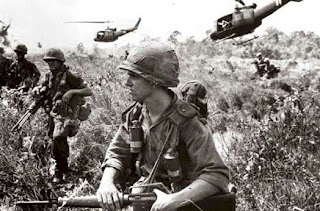 Today I hitchhiked from Riverton to Dubois, Wyoming. I read some more from 100 Decisive Battles by Paul K. Davis here at the library.

“The decision to stop attacks on airfields, radar sites, and factories proved to be one of Hitler’s greatest mistakes. Hanson Baldwin wrote, ‘It was one of the great miscalculations of history. The bombing of London gave the great Fighter Command a chance to recuperate, and it forced the Luftwaffe to a deeper penetration and thus exposed the bombers and short-legged fighters to greater loss. It antagonized world public opinion, mobilized global sentiment in support of Britain, stiffened English resolution and helped lead to Germany’s loss of the war.’”

The Lord governs in the affairs of men. I believe the Vietnam War happened for a reason. Fighting against Godless communism in its various disguises is always noble. The reason the United States got bogged down in Vietnam was because we turned our backs on the Jewish people in Europe during World War II (from a sermon by John Hagge).

Someone may counter and say, the death of 58,000 U.S. Military personnel in the Vietnam War does not compare with the death of 6 million Jews in Nazi death camps during World War II. The memory of the Vietnam War paralyzed U.S. foreign policy and a military superpower till the victory in the Gulf War in 1991. If the Lord Jesus Christ wants to hamstring a nation because of sin, then so be it.

“Touch not my anointed, do my prophets no harm.”

God is not mocked: what we sow we will also reap.

“Vengeance is mine, saith the Lord.”