A War Horse and Robert Heinlein 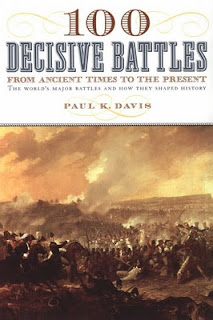 Earlier today I got a ride from Helena to Townsend, Montana. This guy was a Vietnam Veteran; he had just got back from a doctor’s appointment at the VA Hospital in Helena (Fort Harrison). I asked him what year he was in Vietnam; he said from 1965 to 1970. He was in Marine Force Recon; he told me he did five tours. I didn’t know that that was possible. I have heard of guys who did two or three tours in Vietnam. He told me he did scuba training with the Navy SEALs and that he did jump training and sniper training. Sounds like that guy was a real war horse. He gave me a rubber arm band that says “Support Our Veterans.”

It is because of guys like him that America has freedom and why other countries have freedom. Freedom is not free. Sometimes you have to shed a lot of blood to free the slaves of Nazi, Communist and Islamic oppression.

Earlier today I hitchhiked from Riverton to Dubois, Wyoming. I have been spending most of the day here at the public library reading 100 Decisive Battles From Ancient Times to the Present The World’s Major Battles and How They Shaped History by Paul K. Davis. After I get done here at the library, I will probably camp out near the river tonight.

This is a quote from 100 Decisive Battles:

“Anyone who clings to the historically untrue—and thoroughly immoral—doctrine that violence never settles anything I would advise to conjure up the ghosts of Napoleon Bonaparte and the Duke of Wellington and let them debate it. The ghost of Hitler would referee. Violence, naked force, has settled more issues in history than has any other factor, and the contrary opinion is wishful thinking at its worst. Breeds that forgot this basic truth have always paid for it with their lives and their freedoms.”

Here are some of the battles that I read about in Davis’ book:

A History Lesson
100 Decisive Battles (Paul K. Davis) and The Vietnam War
Freedom to Bear Arms
Garry Owen
A Global Guide to the First World War
Posted by Tim Shey at 9:21 AM